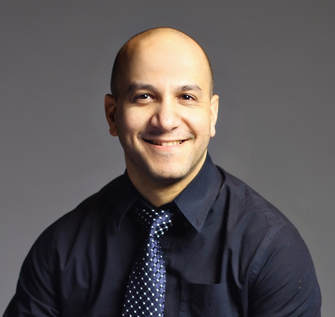 Cuban-born violinist Sandro Leal-Santiesteban had the privilege at the age of thirteen to sit alongside professional musicians of the second violin section in the Grand Theater of Havana’s Orchestra performing numerous Spanish operettas and zarzuelas.  During his teenage years Mr. Leal-Santiesteban performed frequent recitals around the most prestigious halls in Havana including the Garcia Lorca Hall, the Teatro Nacional de Cuba, and the Amadeo Roldan Theatre.  His most notable performances while in Cuba included playing at the age of fifteen the Khachaturian violin concerto with his mother Lourdes Santiesteban conducting the Matanzas Symphony Orchestra and a performance of Zigeunerweisen by Sarasate to former conductor of the Gustav Mahler Youth Symphony Orchestra Claudio Abbado.  A year after, he was appointed associate principal second violin of the Matanzas Symphony Orchestra taking him on a European tour to the Graz Opera House in Austria and Spain performing Porgy and Bess by Gershwin.

Mr. Leal-Santiesteban has gone to win competitions including the Manuel Saumell Municipal Violin Competition and the Amadeo Roldan National Competition both in Havana, Cuba.  While in the States Sandro has also been the winner of violin competitions including the Carnegie Mellon annual concerto competition performing the Behzad Ranjbaran violin concerto at the Soldiers and Sailors Hall and the Pittsburgh Concert Society both as a soloist and as a member of Beo String Quartet.  An alumnus of the acclaimed Sphinx Competition for African-Americans and Latinos in Detroit, MI, Sandro toured nationally with the Sphinx Virtuosi taking him as far as the world renowned Carnegie Music Hall in New York City with rave reviews nationally.
As a one of the founding members of the Beo String Quartet, Mr. Leal-Santiesteban has premiered numerous works by established and emerging new music composers at the Charlotte New Music Festival in North Carolina (CNMF).  With the quartet Sandro participated in residencies, recordings, and performances including the Dakota Chamber Music at Minot State where he collaborated with members of the Grammy-award winning ensemble the Ying Quartet, residencies in Virginia Tech University, the Charleston Ballet in West Virginia, the University of North Carolina at Greensboro, the CNMF, and the International Competition Franz Schubert and Modern Music in Graz, Austria.